to top
Go to home

This week, a team of Art and Design students present their concepts The Living Sponge at the Biodesign Challenge Summit. The postgraduate students have worked with a range of experts including Lab4Living researchers to compete in the international Biodesign Challenge. They will join students from 20 countries in showcasing their biotech projects before an international audience and panel of 60 pioneers in art, design, and technology. 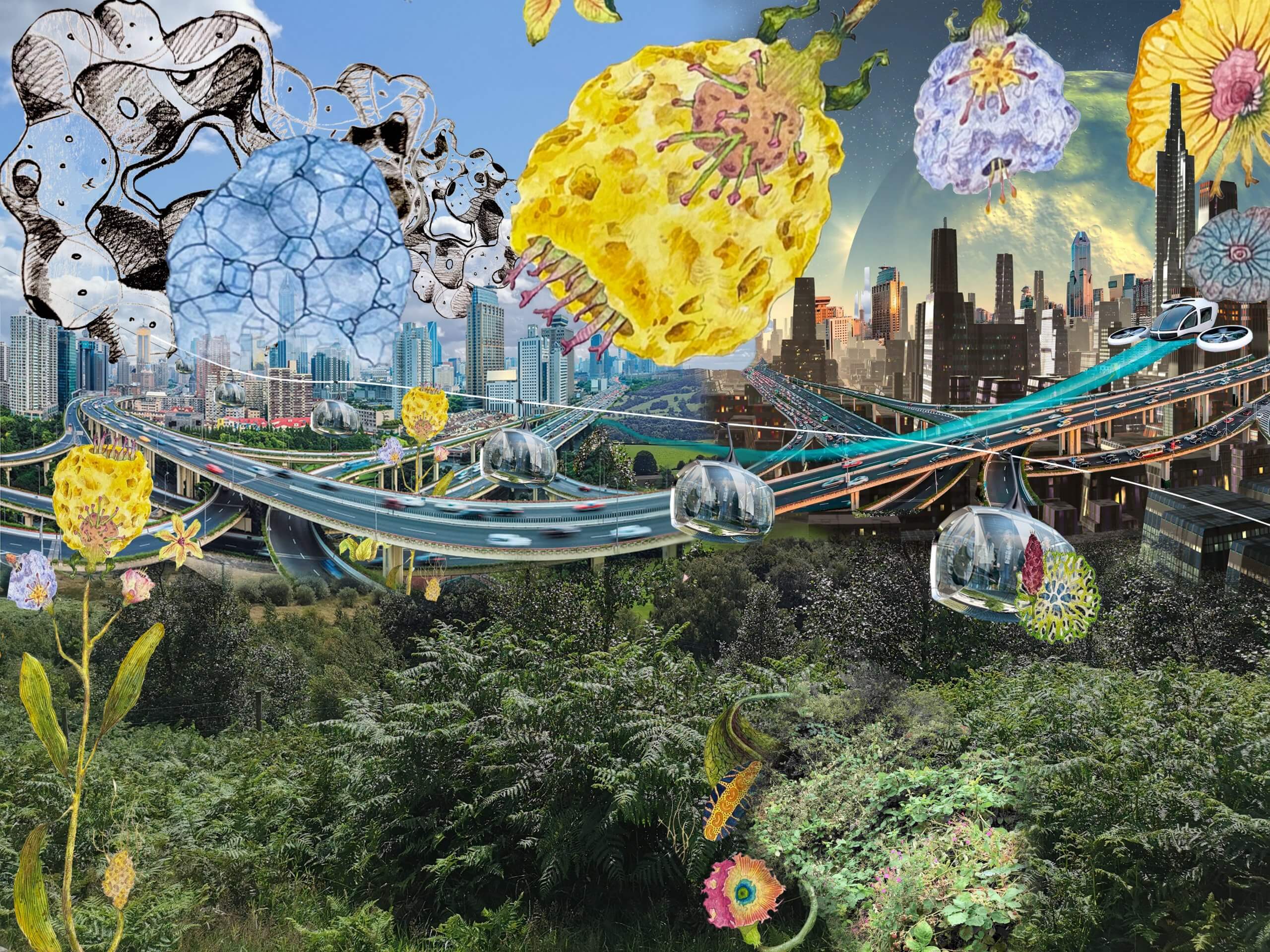 The Biodesign Challenge is an international education program and competition which challenges students to envision and develop applications in biotech. Students are challenged to develop ideas which bridge art, design, and biology to reimagine a more sustainable and equitable future.

It is grounded in the UN Sustainable Development Goal 13 (taking action to combat climate change) and provides an opportunity for Sheffield Hallam University (SHU) students, one of only three universities in the UK to take part in the competition, to engage in work which could have real world impact and make a positive contribution society globally.

Students from across the Art & Design MA courses worked in cross disciplinary teams to prepare projects in response to the BioDesign Challenge brief, with input from teaching staff, researchers from Lab4Living and invited external experts. Teaching staff from the Department of Art and Design, led by Dr Eve Stirling, have been supporting the teams of students with input from Lab4Living researchers Prof Peter Lloyd Jones, Noemie Soula and Marika Grasso.

At an internal selection process in May, one team was picked to develop their project, The Living Sponge, and present it online at this year’s BioDesign Challenge Summit on 23rd June.

The Living Sponge is a dystopian futuristic fiction that uses living calcareous sponge properties to create an artificial living sponge that interacts with the external environment by collecting and purifying water. This concept was developed by a team of MA students from Interiors, Packaging, Illustration, and Jewellery and Metalwork.

Hannah Morley, one of the design students who will be presenting the project said:

“The Biodesign Challenge was such a potential and transformative opportunity for us, as a team; and a challenge in itself. We hope The Living Sponge can help address global issues or reverse biodiversity loss with newly minted design innovation, relating to the damaging effects climate change has had on the planet regarding water scarcity.

The team had begun by thinking about cleaned water and contamination, and ideas of water absorption and metabolism, which led to the image of the sponge. They explored the narratives of sponges absorbing and collecting water, and discovered the sponge’s ability to ‘purify’. As they observed the sponge’s properties, they began to explore how sponges could be created and designed to filter water and prevent it from being filtered again.

The team speculated on the possibility of using calcareous sponge DNA (which is very capable of filtering water and prevent it from being filtered again) in order to create an artificial ‘living’ sponge that could interact with the external environment. They looked at the context of inhabited Karst regions and how sponge technology could improve citizens’ quality of life by collecting and purifying water.

Karst landscapes are made up of limestone which can be worn away from the top or dissolved from a weak point inside the rock, resulting in caves, sink holes, and underground rivers. The city of Nanning in south China is in such a landscape and has significant problems with waterlogging during rainy seasons. Building a “sponge city” is an attempt by Nanning to solve waterlogging. Sponge cities use permeable pavements, water storage and roof planting methods to make the overall urban structure like a sponge that can absorb and store rainfall to reduce the risk of waterlogging.

The team was inspired by a range of arts and science projects from around the world. Talking with Peter Lloyd Jones led them to look at ‘Ice Stupa‘, an artificial glacier in the desert of northern India. Rachel Armstrong ‘Future Venice’ is a project about creating artificial Coral reefs), and Lab4Living’s Playponics project, led by Heath Reed, provides a way for people to interact with their environment and allow them to participate in its improvement.

The final concepts explore wearable weather water sponges and imagine a future cityscape where the sponges adapt to weather changes. The sponge properties mean that they can not only absorb excess water but purify and filter it so that it can be stored until needed.

Preparing for the summit

Working as a cross disciplinary group, the team have used their different expertise and developed effective ways of working together; as Hannah Morley says, “We have leaders, organisers, and implementers in our group.”

The team is looking forward to sharing and discussing their designs with the expert team of biological design and other finalist teams from all over the world.

At the livestreamed summit, viewers will be able to see the students showcase their biotech projects before an international audience and panel of 60 pioneers in art, design, and technology. There will also be live Q&As with judges, and talks by keynote speakers. While this year’s event will be held online, previous summits have taken place at the Museum of Modern Art in New York.